As the investigation into the situation that took place in downtown Coeur d’Alene continues, here’s what we know so far about each event that unfolded.

COEUR D’ALENE, Idaho — 31 men with ties to a national hate group were arrested on Saturday afternoon, blocks away from the Pride in the Park event in Coeur d’Alene. Police found the men hiding inside a U-haul truck after someone spotted them loading up and called to report what “looked like a little army.”

Police said they recovered evidence that the group was planning to riot in downtown Coeur d’Alene. All 31 men were arrested on charges of conspiracy to riot.

Here’s what we know about what happened in Coeur d’Alene:

Tuesday, June 14: More information on the Idaho and Washington suspects

In a parcel search on the Spokane County assessor’s website, it lists Matt and Diane Buster as the property owners of the address Mishael Buster gave Coeur d’Alene police. It appears they too may be related.

Police were alerted to the group when a concerned person called police around 1:38 p.m. That person reported seeing the group loading into a U-haul that was parked at the Springhill Suites. The group had masks and shields and police said the caller told them it “looked like a little army.”

Police spotted the U-haul and stopped it on Northwest Boulevard near the skate park and Paul Bunyan, not far from the area where a Coeur d’Alene Pride event was taking place. Police had stepped up their presence in the area during the event.

Police and deputies surrounded the truck and when they opened it up they found dozens of men in the back, all wearing the same clothes, including khakis, with navy blue shirts, beige hats, and a white cloth covering their faces.

Based on evidence collected at the scene and documents police found in the U-haul, Chief White said that they believe the group was planning to riot in several areas of downtown Coeur d’Alene, not just the park.

All 31 men were arrested on charges of conspiracy to riot, a misdemeanor.

BREAKING: Authorities have stopped this Uhaul and detained approximately 20 people. They all have the same type of clothing on. Truck was stopped about 1/8th mile from the pride event. We’re working to get more info from police. @KREM2 pic.twitter.com/bez1msBz45

31 men arrested inside the back of a U-haul truck in Coeur d’Alene, charged with conspiracy to riot 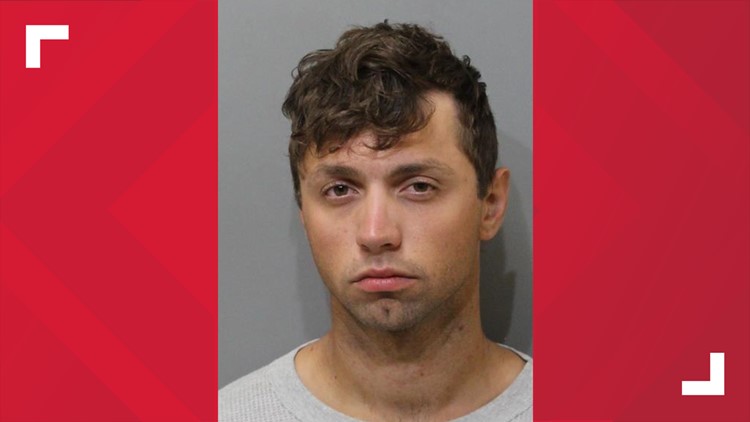 Idaho Gov. Brad Little issued a statement about the arrests of the 31 men via Twitter, stating that “intimidation, scare tactics, and violence have no place” in Idaho.

Court appearances were scheduled for Monday afternoon for each of the 31 men, but KREM 2 confirmed Monday morning that all men will not appear since they bonded out. According to the Kootenai County Jail Inmate Roster, each man’s bond was set at $300, as they were all charged with misdemeanors.

All 31 men have until June 30 to contact the court and set up a court date.

White also spoke about the arrest and gave minor details regarding the investigation into the incident. During his comments, White said the police department has been receiving death threats through online comments.

To watch the full press conference, use the player below.

Newly filed Kootenai County court documents detail how much planning and coordination went into the group’s attempt to disturb the peace in Coeur d’Alene.

KREM 2 was able to confirm from court documents police seized three vehicles: the U-haul where the men were found, a Ford Ranger and a red Camry.

Coeur d’Alene Police identified the passenger of the U-haul as Thomas Rousseau, who is also the founder of Patriot Front. Officers found several typed documents on him, according to court documents.

One document discussed the group being there to “raise a voice against the moral depravity, which permits events such as this to take place.”

Court dates have been scheduled for nearly all 31 men involved in the downtown Coeur d’Alene incident. However, some of the dates have already shifted while other are continuing to shift.

Here are the court dates that have been scheduled so far: