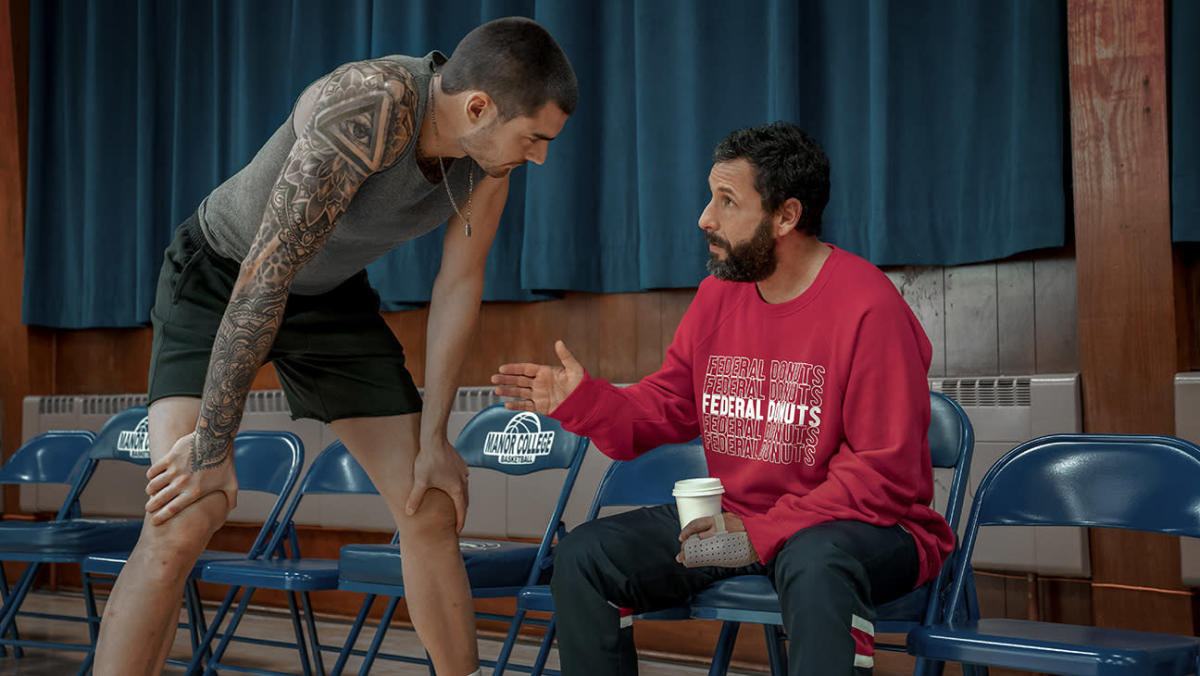 Adam Sandler and Queen Latifah’s basketball drama Hustle, the Jennifer Lopez documentary Halftime, season three of The Umbrella Academy and a smattering of content from the Netflix Is a Joke festival are among the most anticipated titles coming to Netflix this June.

In the basketball-centric drama Hustle out on June 8, Sandler plays a down on his luck basketball scout who discovers a once-in-a-lifetime player. Despite the player’s rocky past, Sandler’s scout brings him back to the U.S. without his team’s approval, with the duo seeking one final shot to prove they are NBA material.

More from The Hollywood Reporter

In Lopez’s upcoming doc, out June 14, the global superstar reflects on her career and the pressure of life in the spotlight — with inside looks at her Oscars campaign for Hustlers and her 2020 Super Bowl halftime show — in the intimate documentary.

Beloved older movies coming to Netflix in June include comedies like Anchorman: The Legend of Ron Burgundy, Dumb and Dumber and National Lampoon’s Christmas Vacation, the young adult comedies The Duff and Edge of Seventeen, several Mission: Impossible entries, The Amazing Spider-Man and Oscar winners The Departed, Titanic and The Hurt Locker.

On the TV side, the third season of The Umbrella Academy, which will see the Hargreeves face-off with the Sparrow Academy, drops on June 23, while Peaky Blinders season six — the show’s last — will debut on June 10.

LGBTQ young adult entries include vampire romance First Kill, which sees a vampire hunter and vampire grappling with their feelings and their families’ legacies on their journey to their first kills, arriving on the streamer on June 10. There’s also the animated horror-comedy series Dead End: Paranormal Park, a series based on comics from Hamish Steele about two teens and a talking dog that fend off monsters at a haunted theme park, debuting on June 16.

Some Nickelodeon classics are hitting the streamer this month, including the first two seasons of Kenan and Kel, Ned’s Declassified School Survival Guide and Zoey 101, as well as seasons two and three of All That. Other shows coming to the streamer are seasons 27 and 28 of Top Gear, the 18th season of Grey’s Anatomy and season four of Legacies.

New original comedy offerings include of a mix of specials like Cristela Alonzo: Middle Classy and Joel Kim Booster: Psychosexual, as well as Netflix Is a Joke programming Dirty Daddy: The Bob Saget Tribute, Pete Davidson Presents: The Best Friends, Amy Schumer’s Parental Advisory, That’s My Time with David Letterman and Stand Out: An LGBTQ+ Celebration. Reality additions to the Netflix library in June include the second season of The Floor Is Lava and the debut of Iron Chef: Quest for an Iron Legend.

Missed what came to Netflix last month? Check out the May 2022 additions here.

Read on for the complete list of titles coming to Netflix this June.

June 26
Best of the Fest

Best of The Hollywood Reporter