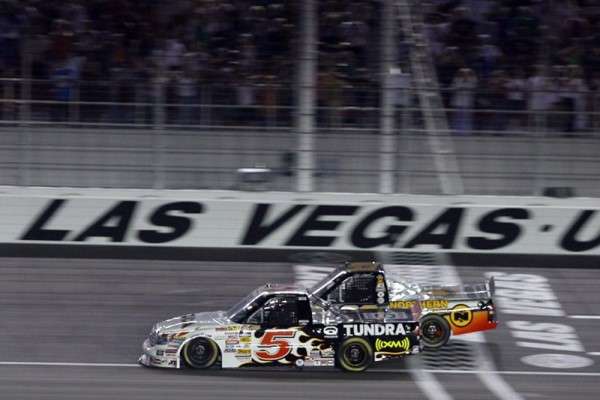 Are you and your family thinking of attending a 🏁 NASCAR race event, but not sure which one to choose?

It can be difficult with the number of events held each year and different types of series involved in racing. Well take it from me and as a huge race fan, you simply can’t beat the excitement of a – Truck Series Race!

The truck series races are exciting and provide great entertainment for the entire family.

These are excellent races to attend and also are light on the pocket book as well, helping to keep within your holiday budget.

I’ve been a truck series fan since its first official series began back in 1995.

Below is a short amateur 📹 video I have put together way back in 2011. It shows the sights and sounds of a NASCAR Truck Series Event my wife and I attended held at Las Vegas Motor Speedway.

My video is a few years old, but it offers a look at the speedway and the excitement of racing! 🙂
Don’t forget to turn your 🔊 speakers up!!

As you can see from the video, the crowds are huge, the engines roar and the race is entertaining to say the least! 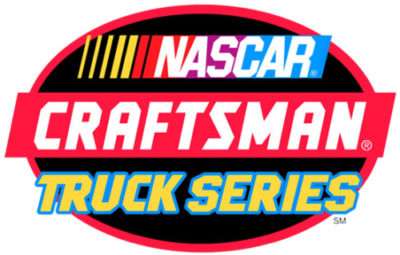 The truck series began officially in 1995 and sanctioned by the …

It became the third National division of NASCAR’s top series premier leagues, and quickly became popular among fans and with drivers and owners themselves.

One of the main reasons, is that the division was created to make it more affordable for both fans to watch and drivers and owners to become involved in.

Without the enormous 💰 expense, like that of the other top 2 leagues.

The Truck Series was initially sponsored by 🔧 Craftsman and then with 🏕 Camping World taking over the main sponsorship a few years later.

For 2019, the series was proud to announce a new major sponsor, known as GANDER Outdoors!

The series is proud to announce the return of Camping World as the primary series sponsor!

Today, the 3 Premier series in NASCAR are known as:

As you can see, by looking at the major sponsors involved in the Top 3 Premier Leagues, NASCAR racing has become extremely popular in North America today. 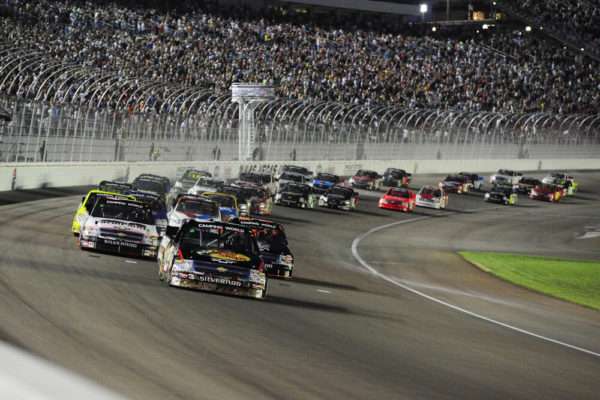 You may be thinking that the truck series, really doesn’t compare to the 🏎 race cars you see on 📺 television or anywhere else in the world.

Well don’t be fooled by what you see, these are high powered race cars with fiberglass pickup truck style shells.

I think and so do thousands of other fans, that they are very very cool!

With up to 🐎 700 horsepower, these trucks haul the ✉ mail around all the race tracks they perform at during the regular season.

As like the cars in the other NASCAR series events, these trucks can get close to 200 mph on race tracks as;

The thrill and excitement of watching 36 trucks side by side and inches apart from one another, is like no other you will ever experience live in person! 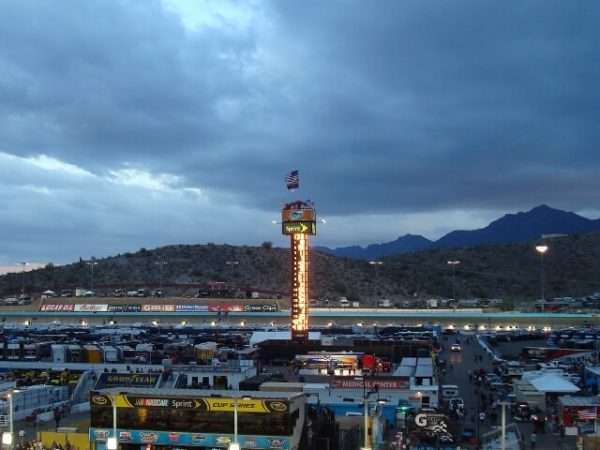 Veteran And Rookie Drivers Compete In The Truck Series

What makes this league so entertaining is the mixture of race car drivers in the series, which makes for some incredibly exciting races.

Well-seasoned veterans from other premier racing leagues and divisions join in the fun and race side by side with younger upcoming race drivers and the future stars of racing.

Put them all together in a big pack and you’ve got some thrilling stock car racing!

Some of the best NASCAR stock car drivers in the world are now team owners in the NASCAR truck series.

Many times throughout the season you may even find them behind the wheel racing in these Truck Series events, held at various race tracks across the U. S. of A.

At many truck series events, you can see some of the Biggest NASCAR Stars, driving these trucks around some of the greatest tracks in the country.

Pretty exciting stuff to watch and for very reasonable prices as well! 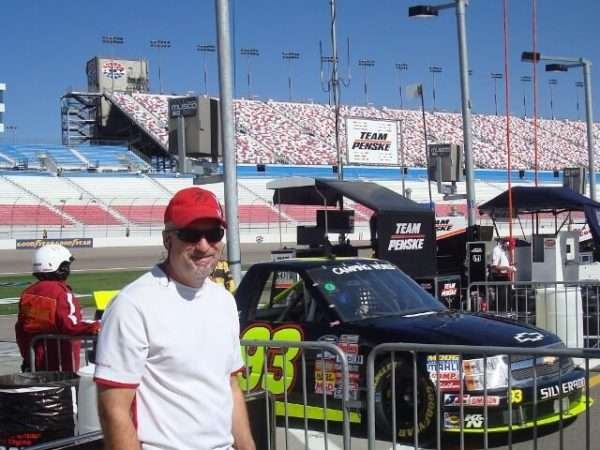 Trucks Compete At Great Race Tracks In The USA

This series means business and has become more popular year after year.

The Truck Series Races are held at some beautiful race facilities across the Nation in the United States.

Such great tracks as:

These are just 5 of the 18 tracks the truck series races at during the regular season, running from February to November each year.

For a complete track list and schedule of race dates, be sure to check out 🏁 NASCAR’s official website I’ve listed below. 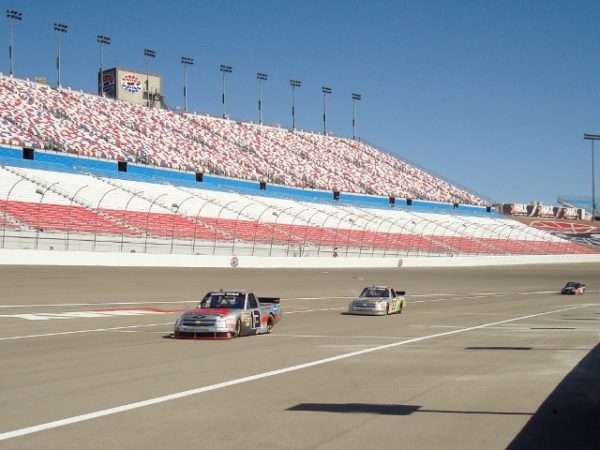 Truck Series Racing Made Affordable For Everyone

Perhaps the greatest thing about the Truck Series Division, is that NASCAR and its affiliated race tracks, have made the events affordable for most everyone to attend.

Fans and team owners a like, making it a true –  Family Friendly sporting event to attend.

With a little planning ahead, you can turn a Truck series event into a wonderful family weekend get a way, and that’s easily affordable for those on the tightest of budgets. 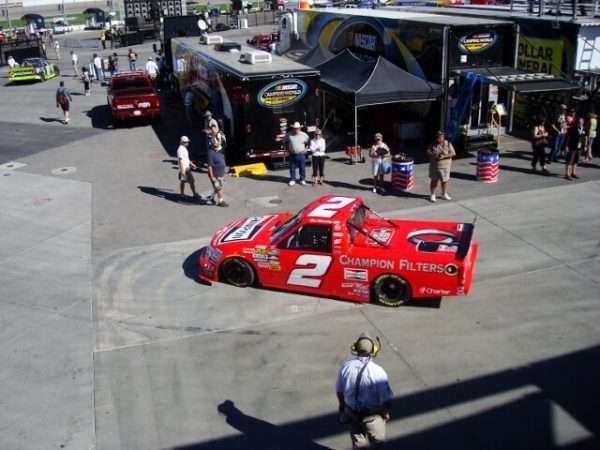 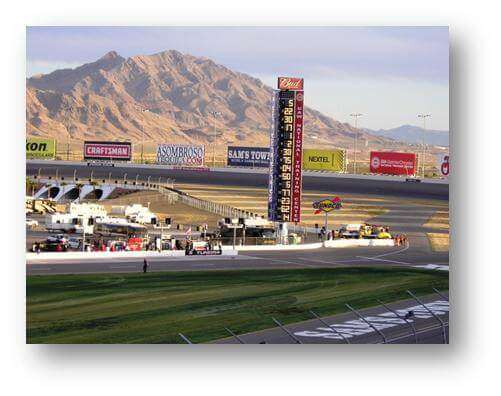 Over the years, we’ve enjoyed 🏕 camping holidays combined with attending these truck series events, making for some great vacations.

At many tracks, you can arrange camping right at the race track, with some excellent facilities set up for your convenience.

The facilities the track sets up for campers is outstanding. From full grocery outlets on site, hot showers and much more!

If you may be worried about attending a race event and not being a true race fan, well don’t!

This is something the entire family will enjoy, whether you’re a race fan or not. Like any sport or other form of entertainment, attending a major sports event in person is always exciting.

Nothing compares to that of attending an event live in person, compared to that of watching on 📺 television.

I attended a NFL 🏈 National Football League game with family members for the very first time a few seasons ago. 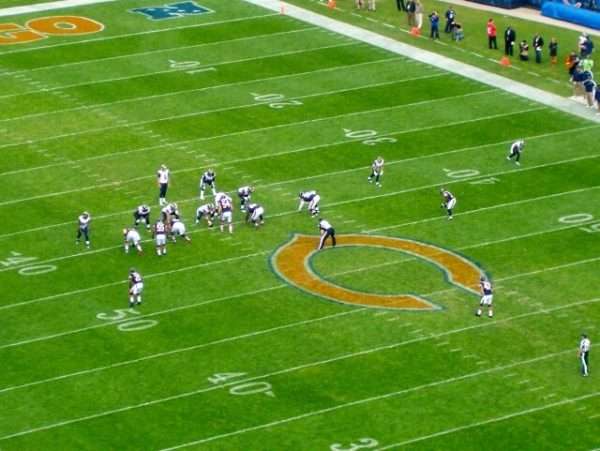 I am one who never watches a football game, but found that attending the live event was extremely exciting!

The excitement of the fans, the smell of the concession food cooking and so much more, make for an unforgettable day with your family. 🙂

You will also find entertainment galore, both before and after the races to keep you busy.:) 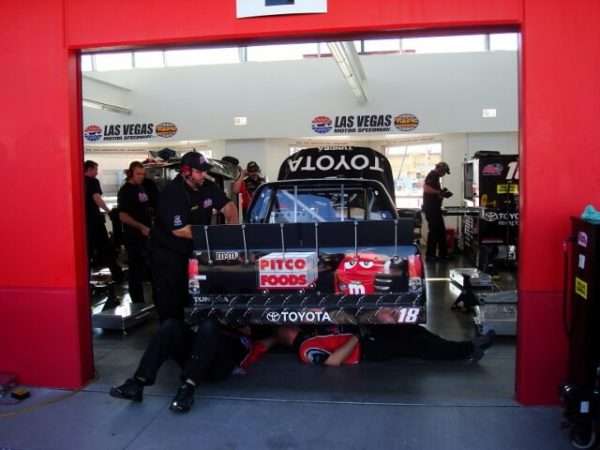 Take from me, I know you and your family will enjoy a NASCAR truck series event. This is and always has been my favorite race series to watch, both live and on television since its inception in 1995.

The 2022 Truck Series Season is well underway and as exciting as ever!

See you at the track!

“Many of the early racing drivers were involved in bootlegging activities (illegally transporting alcohol). They would modify their cars to run faster and be more maneuverable.”
🌴 Follow Gr8 Travel Tips – Click An Icon! 🌴