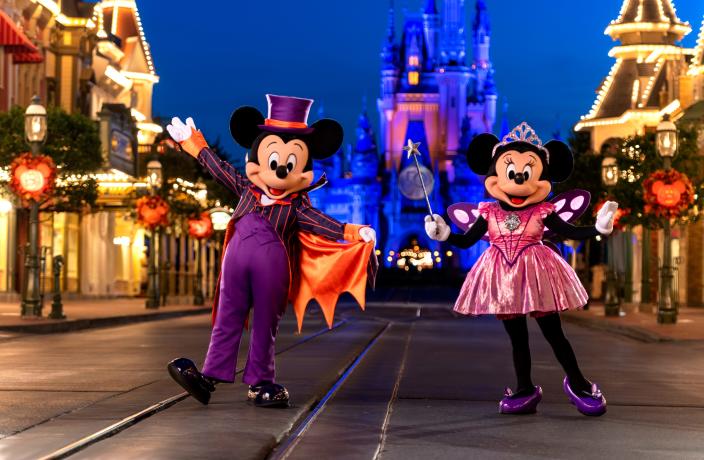 Mickey’s Not-So-Scary Halloween Party is coming back to Walt Disney World’s Magic Kingdom for the first time since the pandemic. The beloved fall event, which dates back to 1995, was skipped in 2020. A different Halloween-themed event, Disney After Hours Boo Bash, was held at the Florida resort last year.

Disneyland’s Oogie Boogie Bash – A Disney Halloween Party made its pandemic return to California last fall and will be back again this September.

TRIP TIPS: How to get the most out of Disney World in a day

FREEBIES: What can I get for free at Disney World?

Mickey’s Not-So-Scary Halloween Party will be held on 37 different nights between Aug. 12 and Oct. 31. Ticket prices will range from $109 to $199, depending on the date. The lowest price is notably less than last year’s Disney After Hours Boo Bash, which started at $129. Additionally, annual passholders and Disney Vacation Club members will be able to get specially priced tickets for select dates. Tickets went on sale May 18.

Mickey’s Not-So-Scary Halloween Party officially runs from 7 p.m. to midnight, but participants can enter Magic Kingdom as early as 4 p.m. Regular park guests must exit before the party starts.

The Sanderson Sisters, who are returning to the screen in the long-awaited sequel to “Hocus Pocus,” will take part in event-exclusive entertainment, which also includes Mickey’s Boo-To-You Halloween Parade and Disney’s Not-So-Spooky (Nighttime) Spectacular.

Party attendees can also expect to see and snap photos with iconic Disney villains and classic Disney characters in Halloween costumes. There will also be new step-in photo opportunities only available at the event.

As part of Disney World’s ongoing 50th anniversary celebration, Mickey’s Not-So-Scary Halloween Party guests will receive a Halloween-themed commemorative 50th anniversary print as well as a reusable trick-or-treat bag, which they can use to collect treats around the park.

Oogie Boogie Bash will be backfor 23 select nights from Sept. 6 through Oct. 31 at Disney California Adventure Park. Event-exclusive offerings include the “Frightfully Fun Parade” and “Mickey’s Trick and Treat” show.

Tickets start at $129 and go on sale to the general public on June 30. Magic Key holders and members of D23: The Official Disney Fan Club can buy pre-sale tickets June 28. The party officially starts at 6 p.m., but participants can enter as early a 3 p.m.

Day and night, Disneyland goes all out for fall so non-event guests can also get into the spirit.

From Sept. 2 through Oct. 31, Main Street U.S.A. makes way for the Main Street Pumpkin Festival, and the nightly “Halloween Screams” show lights up the sky. The Haunted Mansion gets a “Nightmare Before Christmas” overlay at Disneyland Park while Guardians of the Galaxy gets a Halloween twist with Monsters After Dark at Disney California Adventure Park.

Fans without park tickets can take on Pluto’s Pumpkin Pursuit at Downtown Disney, a shopping, dining and entertainment complex open to the public. The pumpkin hunt runs from Sept. 9 through Oct. 31.