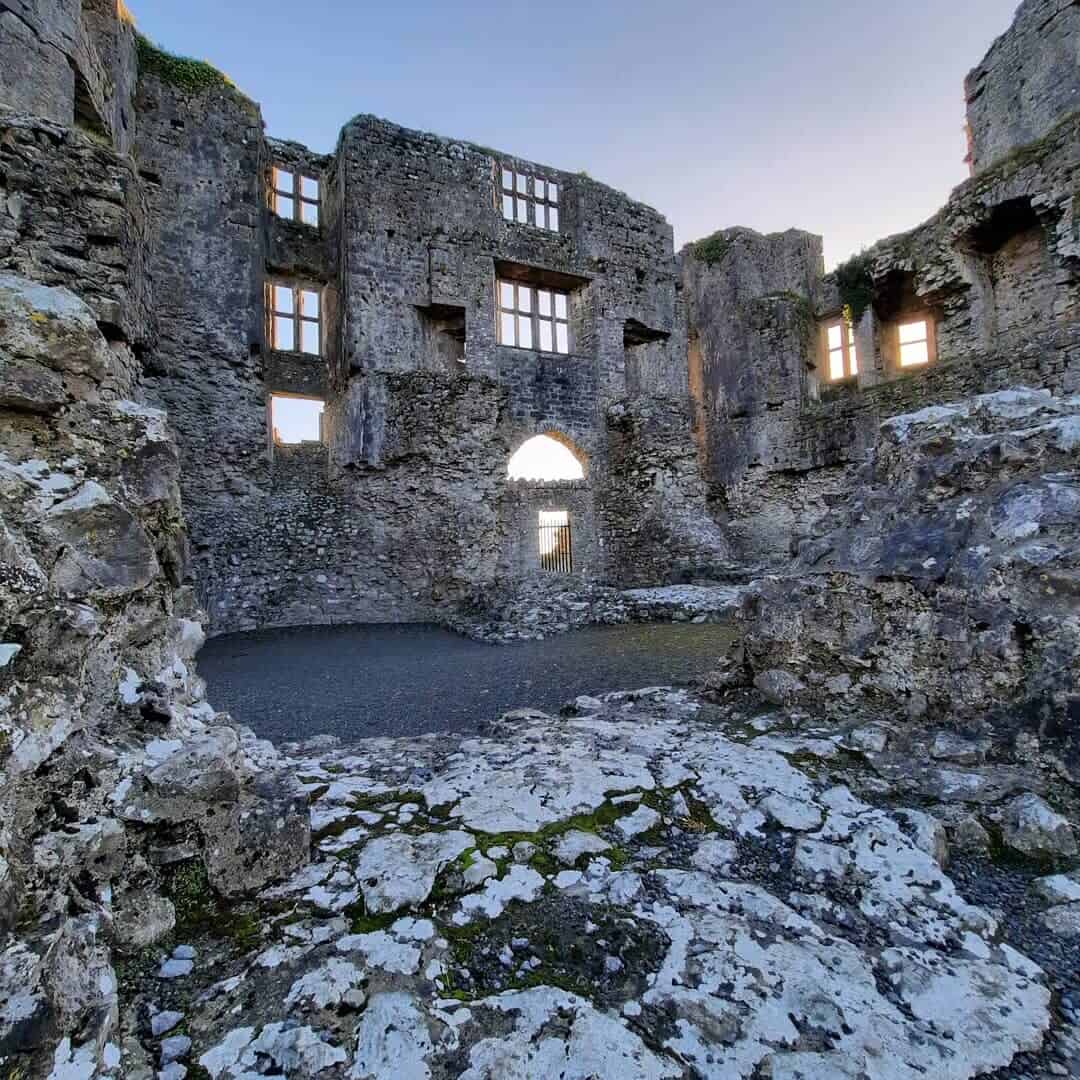 County Roscommon is located in Irelands Mid West and is a long County that borders seven other counties. Those counties being Longford, Sligo, Leitrim, Galway, Westmeath and Offaly.

The area is known for great farming and wonderful agriculture, but also packed full of great and wonderful history and a wide range of things to do.

After researching and experiencing as much as we can, we’ve compiled this list of the best 10 things to do in Roscommon. Everything on the list has been tried and tested by ourselves.

See also: Things to do with Kids in Ireland in the West

The 10 best things to do in Roscommon

If you’re looking for fun and interesting things to do in Roscommon, here are a few options.

The castle which now lies in ruins, is a 13th-century Norman castle which was once of Hugh O’Connor, the King of Connaught. It features a quadrangular plan with rounded bastions at the corners and a double-towered entrance gate.

The attraction is free to visit and is always open all year round to visitors. The upper parts of the bastions and the other stairwells are inaccessible but otherwise you are free to roam the inside.

A park area, with lake, walking tracks and kids playground are also within this one area.

2. Take a look at Strokestown House and the Famine Museum

A grade one listed building, this 300 year old manor house is steeped in history. The house and grounds are now in the hands of the Irish heritage trust.

The house is also home to Ireland’s National Famine Museum and, after a huge government grant, they have just completed redevelopment of the museum and visitor centre, making the experience all the better and enabling this great piece of history to be shown for many years to come.

Peak season tours of the house and museum are available alongside a woodland walk and Strokestown houses own walled gardens.

The grounds are also home to the start of the famine walk. This huge 165km heritage walk is in honor to those 1490 men, women and children who made the walk during the Irish famine in 1847. The walk has been laid out in sections with many choosing to complete over a seven-day period. The tracks are known to be very moderate.

Glendeer Pet Farm is a children’s petting farm in the north end of County Roscommon very close to the Westmeath and Galway borders.

The farm starts off winding through a selection of pens with very friendly animals. The first section has goats, hens, deer, emus, ducks, monkeys and even a bearded dragon. Moving through the farm into a second section leads into a barn area where all the local and native pigs live.

In the next section of the farm you’ll find donkeys. This area also has Alpacas, horses, cows and the Belted Galloway (a breed of Scottish cow that adapted itself to living on the poor and windy moorlands) – the Wallaby, a native Australian animal, is found here.

The last area of the farm has meerkats and pheasants with a selection of wild birds.

The farm also has many play areas with indoor and outdoor slides, swings, courses and a whole host of kids play equipment. Other additions include a fairy trail through the woods and an old 1850’s restored cottage, complete with original fixtures and fittings.

See also: Waterfalls in the North West of Ireland

Lough Key is a 300 hectare Park, forest and lake in the heart of county Roscommon.

The park has many many things to do including boat rides, SUP, tours of the grounds, tree top walk, zipping tree adventure, kids playground as well as many walking tracks and even a cafe all on sight.

The most notable attraction is the 16th century McDermott Castle located on a island in the middle of the Lough itself.

The castle has its own romantic little story.

“Local legend tells the story of a girl called Una, the daughter of the McDermott chief, who fell in love with a boy from a lower class.

Una’s father refused to let her leave the island, in the hopes that this would deter the budding relationship.

Unbeknownst to her father, Una’s boyfriend began swimming across Lough Key to reach the castle. It was during one of these crossings that tragedy struck, and the boy drowned.

5. A tour through Arigna Mines

Arigna Mines is a top Roscommon attraction, a mine which enjoyed a long history of mining which was actively used as a coal mine from 1700’s until as recent as early 1990.

It was then back in 2003 that the mine, driven by a community initiative, was reopened as a visitor attraction. The mining experience at Arigna documents the countries first and last coal mine. The tours are taken with ex-miners so you always know that the knowledge is the best available.

The mine is also the start of the Miners Way Walk, a walk that is 118-kilometre long circular route that begins and ends in Arigna village.

Opened as a tourist attraction in 1996, The Elphin windmill is the only fully restored windmill in the west of Ireland.

This mill was originally used for grinding corn and a few other grains and is now home to a visitor centre which shows how the windmill operated and are also demonstrated.

Adjacent to the windmill is a newly formed walking track.

7. Take a look through Boyle Abbey

Boyle Abbey is a Cistercian monastery which was founded as early as the twelfth century by monks from Mellifont Abbey. It was one of the most powerful of the early Cistercian foundations in Ireland and among the highest in the Provence of Connacht.

The Abbey has in recent years had the gatehouse restored and the whole Abbey is open as a visitor attraction for anyone to take a look at this interesting piece of Irish history.

8. Lose yourself in Mote Park

The park has plenty of walking trails all inter-looping into each other with the biggest walk being an 11km walk covering the whole of the park area. The tracks are well pathed and maintained and accessible for all with parking available at different parts of the park and at the start of some of the trails.

Make sure to check out areas like the bluebell walk where the forest floor is covered in the bright colour of the bluebells. A fairy walk for kids is also on this site with fun fairy houses which are all produced by locals.

Slieve Bawn is a wind farm up in the Roscommon hills. In total, Slieve Bawn has 20 wind turbines and a sub-station producing electricity for homes, schools, hospitals and many other businesses in Ireland.

The whole Slieve Bawn site has 6 walking tracks in total which are all different distances and connect with each other, giving many options to get out and see. If you reach the summit, you’ll be on the 3rd highest point in County Roscommon.

Heritage areas along the hike include a mass rock, church ruins, holy cross as well as activity areas like scatterings of gym equipment for you to enjoy and a children’s playground.

10. Have a stroll around Castlerea Demense

Enter through the square in the town of Castlerea and you will find the great site of Castlerea Demense which is also part of the large Suck Valley Way walking track.

The Demense is a very well maintained walking track along the famous Suck Valley river which meanders through these forest surroundings.

Along the way trough the Demense lies a fairy garden, a musical area for kids and on the northern end of the walk the local swimming pool and children’s playground are extremely impressive and so well maintained.

Another area of the Demense is a field is a track leading through the dense forest bringing you on a amazing and peaceful journey again alongside the river.

See also: Top Experiences and Things to Do in Ireland

Where to stay in Roscommon

While checking off your list of things to do in Roscommon, you’ll need to find a good place to stay. The County of Roscommon has three main hotels scattered along the the county.